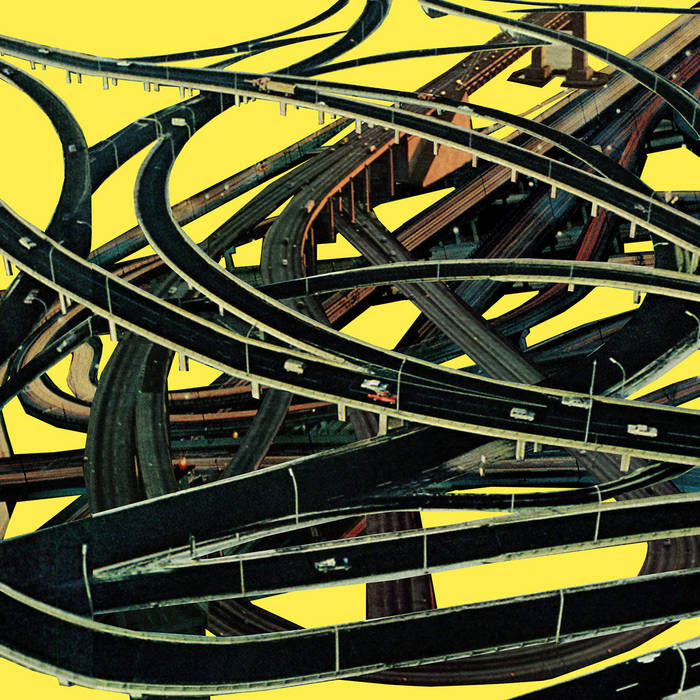 This is a co-release between We Are Time, Debt Offensive and Bobo Integral Records.

We all love when a contemporary band presses the right buttons. Motorists here seamlessly absorb the magical era of what happened in the frontiers of punk. They insert jangly power pop melodies (think of The Records, Shoes, 20/20, Phil Seymour, The Nerves and Flamin’ Groovies) into post-punk madness (of when Gang of Four, Wire, The Fall and The Pop Group ruled the underground world) and emerge victorious.

Fans of The Soft Boys and Robyn Hitchcock will love this record.

Motorists’ debut LP, Surrounded—an album that is as much about the colourful possibilities of life as it is about the way those possibilities are boxed in by technologies. It’s clear that, for the band, creative collaboration is the only way to break the tension. In a world where everyone’s been in their own bubble, Motorists have pushed theirs together and worked through feelings of isolation as a group, to the tune of jangly guitars, infectious power pop hooks, and a steady motorik beat. The result is an album full of revelations about what it means to be together, and how bad you want it when you’re being torn apart..

Craig Fahner, Matt Learoyd, and Jesse Locke’s paths have intertwined for a long time. They’ve played together as Motorists for three years, but have been in and out of various projects together since their teenage years. Craig’s previous bands include Feel Alright and Leather Jacuzzi, while Jesse plays with Tough Age, Simply Saucer, and Chandra, with whom he runs the label We Are Time. They also share an eclectic mix of influences from post-punk to power pop to krautrock. Fans of R.E.M., Teenage Fanclub, and Sloan will also recognize Motorists’ economic, vocal-driven pop devotion.

Bobo Integral is an independent pop label from Madrid (Spain).